Jimmy Cornell reports on his new catamaran, aboard which he plans a fossil-free circumnavigation.

We couldn’t have picked a more miserable day to go out for our first sail on Aventura Zero. As we left the marina, grey skies hung low over the bay of La Grande Motte and it felt more like being in the North West Passage than the south of France. But once the sails were up, Aventura, a bespoke version of the Outremer 45, came alive and the magic took over.

As I took hold of the wheel, I felt a surge of mixed emotions: excitement, satisfaction, but above all a great relief that my complex and challenging project has become reality. I also felt 30 years younger.

Barely a year ago I realised that my active years were soon going to be over, and I ought to do something special, but also relevant, while still able to do it. This is how the idea was born of a round the world voyage in a fully electric boat along the route of the first circumnavigation 500 years ago.

As I explained in a previous report, even for a dyed-in-the-wool monohull sailor like myself opting for a catamaran seemed to be the best solution for the voyage I had in mind. A performance cruising catamaran would be fast under sail and thus able to generate electricity; it would also have sufficient surface available to display several solar panels.

Strangely enough, when I was planning my first voyage in the early 1970s, it was a catamaran that I believed would be best suited for a family with two young children. In those days, the UK was at the forefront of multihull development and there were several boatyards producing cruising catamarans.

The Snowgoose 35 and Iroquois looked very tempting, but when I approached the builders and told them that I could only afford their bare shells and would finish the rest myself, they both refused. So I had no choice but to go for a Van de Stadt Trintella III hull… and the rest is history. 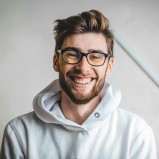 The car that will either save Tesla or kill it

Welcome to the “affordable” Tesla Model 3

2020, everything will be bigger, factory parts

NEED A HAND TO FIND YOUR BOAT?